Aprepitant Effective in Preventing Chemotherapy-Induced Nausea and Vomiting in Children

BACKGROUND: Chemotherapy-induced nausea and vomiting (CINV) is a common complication of many cancer treatments in adults and in children. The oral neurokinin-1 (NK1) receptor antagonist aprepitant (Emend) is an effective option for CINV prevention in adult patients who receive emetogenic chemotherapy. However, its safety and efficacy in pediatric patients have not been investigated before, despite the high incidence of CINV events in this patient population. Furthermore, current clinical guidelines have no age-related recommendations for the prevention of CINV in children undergoing moderate or highly emetogenic chemotherapy. A recent study investigated the efficacy and safety of oral aprepitant in pediatric patients with cancer who receive highly emetogenic chemotherapy.

METHODS: This multicenter, randomized, placebo-controlled phase 3 study included 307 patients with cancer aged 6 months to 17 years who received emetogenic chemotherapy between September 2011 and August 2013 in 49 sites in 24 countries. The patients were randomized in a 1:1 manner, based on age and the type of chemotherapy to be used, to aprepitant plus ondansetron (Zofran) or to placebo plus ondansetron, with or without dexamethasone. The study used 2 doses of aprepitant based on the patient's age-6 months to <12 years and 12 years to 17 years. The patients in the aprepitant group received aprepitant plus ondansetron on day 1 of chemotherapy, followed by aprepitant alone on days 2 and 3; the control group received placebo plus ondansetron on the first day of chemotherapy, followed by placebo alone on days 2 and 3. Episodes of vomiting and retching and the use of rescue medications were recorded up to 120 hours after the initiation of chemotherapy. The primary efficacy end point was the proportion of patients achieving a complete response (ie, no CINV events or the use of a rescue medication) during the delayed phase, 25 to 120 hours, after the initiation of emetogenic chemotherapy.

This study shows that a 3-day regimen of oral aprepitant, in conjunction with ondansetron, with or without the addition of dexamethasone, provides significant benefits for pediatric patients who receive highly emetogenic chemotherapy. Aprepitant was approved by the US Food and Drug Administration for the treatment of this patient population on August 28, 2015.

METHODS: The primary data source was the Cancer Research Network's Virtual Data Warehouse, which contains patient data taken from electronic health records as well as administrative and claims databases. The study included 1109 patients from the Virtual Data Warehouse's Virtual Tumor Registry who had stage IIIB to stage IV nonsquamous NSCLC and were diagnosed between January 2005 and December 2010. All the participants received first-line carboplatin plus paclitaxel (82%) or CPB (18%). The patients were monitored from the initiation of chemotherapy until death, health plan termination, or 180 days, whichever came first. Follow-up continued until December 31, 2011.

BACKGROUND: Although the currently available therapies improve outcomes for patients with multiple myeloma, their prognosis is poor if the disease relapses or is refractory to proteasome inhibitors and immunomodulatory drugs.

Daratumumab is a monoclonal antibody that induces the killing of CD38-expressing tumor cells, a substantial target in the treatment of myeloma. As a result of daratumumab's successful performance in preclinical studies, a new phase 1/2 study investigated the use of daratumumab in patients with relapsed and/or refractory multiple myeloma.

METHODS: The study included adult patients with myeloma whose disease relapsed after or was refractory to 2 or more different previous therapies, with 64% of patients having disease refractory to lenalidomide (Revlimid) and bortezomib (Velcade). All patients were enrolled in the study between March 2008 and January 2015. The study was an open-label, multicenter trial that was conducted in 2 parts. In the dose-escalation phase, 32 patients received daratumumab at doses of 0.005 mg/kg to 24 mg/kg of body weight. In the dose-expansion phase, 72 patients received either 8 mg/kg of daratumumab (30 patients) or 16 mg/kg (42 patients), with the doses being administered on different schedules. The patients received therapy until disease progression or until unmanageable toxic events occurred. The end points included safety, pharmacokinetics, objective response, time to disease progression, and progression-free survival.

RESULTS: The results show that daratumumab has an acceptable safety profile, with infusion-related reactions of grade 1 or 2, including bronchospasm, headache, dyspnea, and fever. No patient discontinued treatment as a result of an infusion-related reaction. Moreover, daratumumab induced favorable clinical responses in both parts of the study. In the dose-escalation phase, 33% of patients had a partial response to doses ranging from 4 mg/kg to 24 mg/kg. In the dose-expansion phase, the response rate for patients receiving 8 mg/kg of daratumumab was 10% compared with 36% for patients receiving a dose of 16 mg/kg, with 65% of patients who had a response remaining progression-free at 12 months.

In addition, of the patients who received 16 mg/kg of daratumumab, 46% saw a 50% reduction in the level of M protein or free light chains. Daratumumab has shown to be an effective single-agent treatment option for patients with difficult-to-treat multiple myeloma. The drug's target of CD38 and its mechanism of action make this treatment superior to currently available therapies. 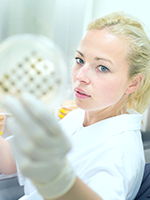 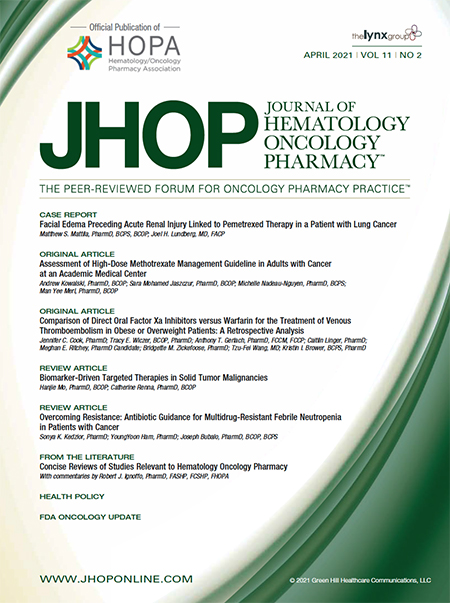