The cancer care gap in rural areas poses significant barriers to care for millions of patients with cancer in the United States. Compared with people in metropolitan areas, known gaps in cancer care faced by patients living in rural areas include less access to providers and specialists, a lack of genetic testing and counseling services, decreased clinical trial enrollment, and a number of geographic and timing constraints to care. Studies have even shown poorer quality of care in some rural areas.

Dr Rhodes noted that “rural” is not a one-size-fits-all concept that can be blamed for all the disparities seen in these communities. “However, where you live matters as it relates to access to care, quality of care, and patient outcomes,” she said.

Only approximately 20% of the US population is considered “rural,” but that amounts to approximately 50 million Americans, more than many countries around the world. The good news, she said, is that the overall incidence of cancer is lower in rural areas compared with urban areas. The bad news is that individuals in these areas have higher rates of new cancers and a greater mortality risk from lung, colon, and cervical cancers.

“This is not striking, because what do those 3 cancers have in common?” Dr Rhodes asked. “They’re all potentially preventable, and we can screen for them. This underlies an access or an underutilization issue in rural areas, but either way, there’s certainly a problem.”

“The Healthy People 2020 goal is 161 per 100,000 individuals,” Dr Rhodes noted. “It’s now 2020 and we’re falling short, specifically in rural America.” Furthermore, although the overall incidence of total cancer deaths is decreasing in the country, this difference in death rates between rural and urban areas is increasing over time.

“These individuals are obviously not being cared for in the same manner. So, what are we missing?” Dr Rhodes asked.

Your Race and Tax Bracket

“Unfortunately, your race and your tax bracket also make a difference,” said Dr Rhodes. A study conducted by the Centers for Disease Control and Prevention of US populations over the course of 10 years showed that compared with non-Hispanic whites, minorities living in rural areas are younger, reported their health as fair or poor, are more obese, and said they were unable to see a physician in the past 12 months because of cost. In addition, minorities are less likely to have a personal healthcare provider.

Compounding these issues is the disparity in genetic testing and counseling.

“There’s a supply and demand problem here,” Dr Rhodes said. “The majority of our genetic counselors congregate in larger cities, leaving access for individuals in rural areas at a deficit.”

She noted that the lack of genetic testing and counseling also expands to small urban areas. The 30 largest US cities hold only 13% of the nation’s population but 29% of the nation’s genetic counselors.

A more recent study by Unger and colleagues looked at 37,000 SWOG patients enrolled in clinical trials over almost 3 decades. The study’s primary end point was the difference in 5-year survival outcomes between study patients with cancer in rural areas and urban areas. The results showed no significant differences for survival, except in advanced-stage estrogen receptor– and progesterone receptor–negative breast cancer.

“This is an important study,” she said. “It showed that if given the same opportunities and treatment services, patients from rural America should have the same survival outcomes as those who live in urban areas.”

Dr Rhodes said that novel approaches to cancer care delivery are being introduced all the time, including mobile medical clinics, oral health education programs, the use of lay patient navigators, care partnerships between local primary care providers and distant hematology/oncology specialists, and telehealth or telemedicine.

According to the American Hospital Association, approximately 75% of hospitals are already providing telehealth services that allow providers to connect with patients at a distance. However, Dr Rhodes said, telemedicine is still an industry that is defining itself.

Telemedicine is more than simply a patient–provider relationship; it is a diverse and expanding industry of stakeholders, each with their own varying definitions of what telemedicine entails. The provision of telemedicine is still fraught with barriers and red tape, one of which is how to get paid, Dr Rhodes stated. Some changes have occurred with the onset of the COVID-19 pandemic, which may accelerate the embrace of telemedicine by different payers and institutions. 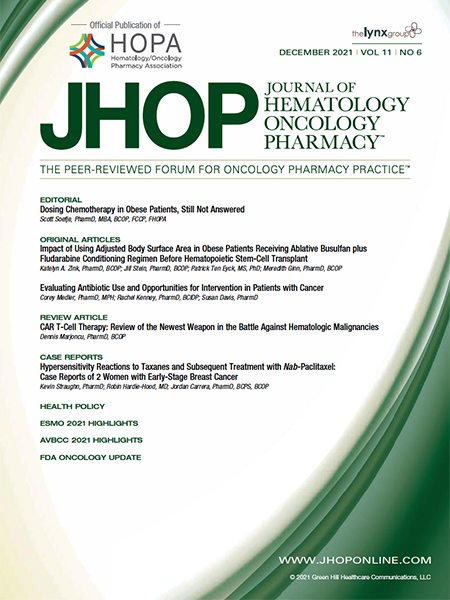