Background: Closed-system transfer devices (CSTDs) are used to transfer medication from one reservoir to another, while reducing the risk of hazardous drug exposure to the person mixing and administering. Coring is the production of rubber fragments that occur during manipulations within the intravenous drug compounding process. These fragments may be drawn up with the medication and injected into patients.

Objective: To compare the incidence of coring between CSTDs (PhaSeal and Equashield) and the traditional technique of intravenous drug preparation.

Methods: The institutional review board approved this case-control, independent group study and request for exclusion of informed consent was granted. Over the course of 9 months, pharmacists and pharmacy technicians working in the oncology infusion pharmacy closely identified and recorded the occurrence of coring with PhaSeal and Equashield during hazardous drug mixing. Coring was also monitored when using the traditional needle and syringe technique for nonhazardous drug preparation. All cores were filtered before admixture addition. Statistical significance was analyzed via the chi-squared test and association was determined by risk ratio (RR). The absolute risk reduction and numbers needed to harm were also calculated.

Conclusion: The risk of cores injected into patients include thromboembolisms and organ damage.1 This study confirmed the increased occurrence of coring when using CSTDs.1 In addition, it demonstrated differences in coring incidences between CSTDs, as well as the need for continual education of pharmacy and nursing staff regarding the identification of cores and resulting filtration requirements. 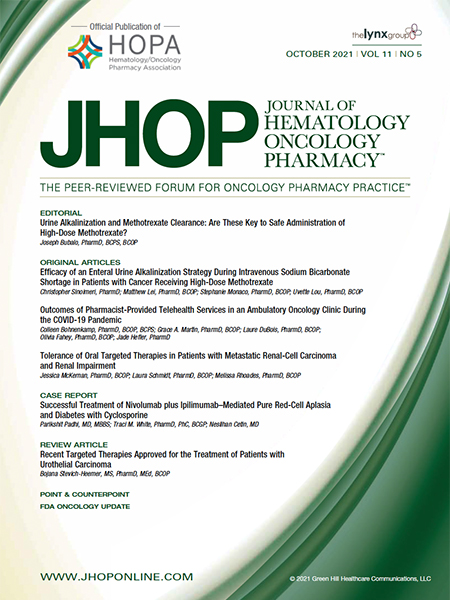