A dizzying array of new chimeric antigen receptor (CAR) T-cell therapies targeting the B-cell maturation antigen (BCMA) designed specifically for the treatment of multiple myeloma was presented at the 2018 American Society of Hematology (ASH) annual meeting. BCMA-targeted CAR T-cell therapies are designed to improve T-cell persistence, depth of response, and tolerability. Response rates reported at ASH 2018 range from 70% to 100%, depending on the patient population and the use of previous regimens.

BCMA is a common myeloma cell-surface protein associated with myeloma cell growth, survival, and proliferation. None of these drugs has so far been approved by the FDA, and they are in various stages of development.

bb2121 is considered the front-­runner CAR T-cell therapy in multiple myeloma, with the most potential for FDA approval; it has already granted this agent a breakthrough designation status. This agent has a 4-1BB co-stimulatory signaling domain and targets BCMA.

Updates reported of the dose-escalation/dose-expansion CRB-401 study showed an objective response rate (ORR) of 95.5% at the highest dose level, median progression-free survival (PFS) of 11.8 months at the highest dose level, and median PFS of 17.7 months in patients with no minimal residual disease (MRD). Overall, 63% of patients had cytokine release syndrome, which was mostly grade 1 or 2.

The 43 patients enrolled in the CRB-401 study were heavily pretreated (with a median of 8 previous therapies), and almost all of them had undergone stem-cell transplant. Updated findings from 194 days of follow-up demonstrated a complete response or stringent complete response rate of 50%, and a very good partial response (VGPR) rate of 36.4%. The median PFS was 11.8 months, and the median duration of response was 10.8 months.

Another CAR T-cell therapy, bb21217, builds on the bb2121 platform and is designed to improve T-cell persistence by including a PI3K inhibitor in the manufacturing process to drive cells toward a memory-like phenotype. Preliminary results were reported from a phase 1 clinical trial on the first 12 patients who received treatment with bb21217.

The ORR at the first dose tested was 83.3%, with a complete response or stringent complete response rate of 25%, and a VGPR or better rate of 50%. Although almost two-thirds of patients had cytokine release syndrome, all but 1 were grades 1 and 2. Neurotoxicity was reported in 25% of patients.

China’s lead CAR T-cell candidate for multiple myeloma is LCAR-B38M, which is being developed as JNJ-68284528. Experts believe that this agent may soon enter the US market. LCAR-B38M has 2 domains that target BCMA: a co-stimulatory domain of 4-1BB and a lentivirus vector for transduction.

The first-in-human LEGEND-2 clinical trial of bispecific LCAR-B38M CAR T-cell therapy was featured at a press briefing at ASH 2018. In 57 evaluable patients (of the 74 enrolled patients), the ORR was 88%, complete response was 74%, VGPR was 4%, and partial response was 11%. The median duration of response was 16 months, and the median PFS was 15 months. The median overall survival (OS) was not yet reached, and the 12-month median OS was 75%.

Cytokine release syndrome was reported in 90% of the patients (grade 3 in 7%, no grade 4); 1 patient had grade 1 neurotoxicity.

Patients were followed for 12 months; the disease relapsed at a median of 3 previous regimens. “Response was achieved with low CAR T-cell doses. BCMA expression did not correlate with clinical response,” Dr Zhao said.

Preliminary studies of 4 different CAR T-cell therapies being explored in multiple myeloma in the United States were presented at the meeting.

Final results of a phase 1 study of 2 different dose levels of MCARH171 in 11 patients showed a 46% VGPR rate, and 2 patients had a partial response. The ORR was 64%, with no complete responses. Overall, 55% of patients had cytokine release syndrome (18% grade 3) and 9% had neurotoxicity.

The multicenter, phase 1/2 EVOLVE clinical trial included 44 heavily pretreated patients with refractory multiple myeloma who received treatment with JCARH125 at various dose levels. With short follow-up, the ORR was 82%; the rate of VGPR or better was 48%, and the complete response or stringent complete response rate was 27%. Overall, 80% of patients had cytokine release syndrome, of which 9% was grade ≥3, and 18% had neurologic adverse events, of which 7% were grade ≥3.

A phase 1 study evaluated FCARH143 in 11 patients with multiple myeloma and different levels of BCMA expression. All patients achieved response, with a complete response or stringent complete response rate of 36% and a VGPR rate of 46%. Although 91% of patients had cytokine release syndrome, no grade ≥3 was observed. Only 1 case of neurotoxicity was reported.

In a phase 1 clinical trial, 21 heavily pretreated patients with relapsed multiple myeloma received treatment with P-BCMA-101 across 5 different dose levels. In 3 patients who received the highest dose, the ORR was 100%, with VGPR or better in 2 (68%) patients. At lower doses, the ORR was almost 70%. Across all patients, cytokine release syndrome was reported in only 9.5% of patients (all grade 1 or 2).

Results of phase 1 studies with 2 additional BCMA-targeted CAR T-cell agents for multiple myeloma under development in China were also presented at the meeting. CT053 is designed to improve tolerability, and BCMA-CART is designed specifically for patients who failed a median of 5 lines of therapy. BCMA-CART has a 4-1BB co-stimulatory domain and is transduced with a retrovirus vector. 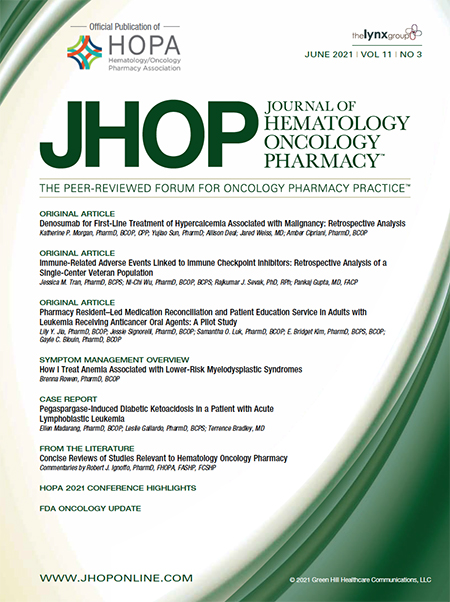